Here is a news item which gives voting rights to minority shareholders.

Shareholders of a company can now cast their vote electronically on company resolutions through an Internet-based e-voting platform. The e-voting platform for corporates was inaugurated by Mr Salman Khurshid, Minister for Corporate Affairs, at a function organised by the Bombay Stock Exchange (BSE) and Central Depository Services Ltd.

"It is a major step forward that would bring more transparency to the system," Mr Khurshid said, adding that he wished the same could happen in the election of political representatives as well.

Dont know how much it can protect minority investors


The e-voting platform has been developed by CDSL Ventures Ltd (CVL), a wholly-owned subsidiary of Central Depository Services Ltd (CDSL).

"The e-voting system will empower shareholders to participate in the decision-making process of companies in which they have invested, thus making their vote count," Mr S.S. Thakur, Chairman of CVL, said.

how will be sending me the password? can that be changed ? Need to look it .

Companies would benefit from this system as the remote voting process would also result in savings on various cost overheads, which are currently incurred for postal ballot.

Posted by Lekkala at 5:44 PM No comments: Links to this post

Whaooo ..just heard a rumor in market that RBI is going to buy gold once more..Reason they know that dollar is going to come down in near future and all there dollar denoted assets are going to come down, so inorder to hedge it they are buying the gold ,so that any increase in gold value should counter with dollar dropping .Question is how much Gold should RBI buy to counter the dollar free fall atleast for near term.
Will explain with facts in coming posts

Posted by Lekkala at 6:32 PM No comments: Links to this post

I guess this is worst desperate post from my side expecting Edserv to go higher.I am happy that its green right now.But the inevitable question is how far can it stay in green ?
Posted by Lekkala at 11:29 AM No comments: Links to this post

Email ThisBlogThis!Share to TwitterShare to FacebookShare to Pinterest
Labels: stocks

Who leaked the liberham report?

I also joined the bandwagaon of questiong (BTW who am i asking this ? ...i guess to myself...since my words are not heard by the govt)...so coming to point. who is responsible for the leakage of this report? how to find this ? dont have any clue right...mee to no as of now

When we know that one report is with liberham and other with home minister. how come a copy went to media? someone in homeministry leaked it right? since justice liberham is sincere i beleiev

now why did they leaked to media is another question which is asking me ? is it ruling party got kicked in a@@ by the entire opposition coming together in attacking UPA on farmers issue
i guess so..to divert the blame on govt on price rise issue govt looks wantedly side track the issue and divide the opposition

now its too late for me to post it now..will resume it tomorrow Thanks
Pradeep Reddy Lekkala

Posted by Lekkala at 9:40 PM No comments: Links to this post

Email ThisBlogThis!Share to TwitterShare to FacebookShare to Pinterest
Labels: Opinion

Though i don't have much time to read into the contents of the report am attaching the link where in people interested in ATR and commissions report can have a look at it.

Posted by Lekkala at 7:57 PM No comments: Links to this post

Email ThisBlogThis!Share to TwitterShare to FacebookShare to Pinterest
Labels: General 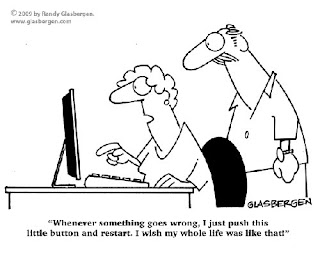 Email ThisBlogThis!Share to TwitterShare to FacebookShare to Pinterest
Labels: Life


Its raining dollars in India. Such a dollar deluge can be quite harmful. Here is how. When a foreigner Joe invests $100 into the Sensex,

he first needs to convert his dollars to rupees. So, let's say the exchange rate is 47, which means 100 dollars becomes Rs 4,700.

So, when Joe decides to collect his winning investment, he gets Rs 5,170 divided by 46, which when calculated is $112.4. In short, he put in $100, and got back $112.4, even though the Sensex went up only by 10 per cent. This 2.4 per cent advantage is simply an added icing on the cake, not available to a desi (rupee) investor. The inward pressure of dollar investors also makes the Sensex go up dizzily. That makes Joe even happier.

He tells his friends. They all start investing here. Dollars pour in, and the inward pressure gets even more intense. It soon becomes a feeding frenzy . This Sensex is a "sure thing" say the foreign punters. You know how this ends, don't you? One fine day, with a small rumour , the tide turns abruptly. The bubble is pricked.

There is a stampede to get out. The financial world is known for such herd mentality and abrupt reversals. Once the investors rush out, this whole model starts going in reverse.

Meanwhile, the sufferers are the desi rupee investors. This indeed happened in September 2008, when the Sensex crashed, because the foreign institutional investors pulled out funds from India due to the Wall Street collapse. All that the desi investors could do was hold a morcha on Dalal Street. They did not know what hit them.

Of course, all this stock market investment is risky business. So, investors should heed caveat emptor (buyer beware). If they are taking risks, it's their funeral. Why should the government or the Reserve Bank intervene?
Under normal circumstances, the investors should be left alone with their risk-taking . However, it is difficult to say what 'normal circumstances' are. Since a trickle can become a deluge very quickly, normal can turn abnormal almost overnight. Hence, the policymakers need to keep a constant vigil on this incoming deluge of dollars.

The dollar dilemma is also faced by other developing countries. Recently, Brazil started tightening the screws on inflows of dollars, since their local currency strengthened rather quickly and unhealthily. Taiwan, Indonesia and South Korea too, have imposed some controls on dollar inflows.

The controls are not so much on stock market inflows, rather on the money that flows into debt markets and banks. Since dollar deposits earn close to zero per cent in fixed deposits in American banks, the Joes are tempted to put that money into an Indian bank into rupee deposits, which gives them 10 per cent. It's safer than the stock market. In addition, you get an additional 2.4 per cent due to rupee getting stronger, remember?

Of course it's much easier to do this in Korea or Taiwan, thanks to India's restrictive laws for foreign deposits.
As long as interest rates in America are low, and economic outlook remains uncertain or bleak, the dollars will tend to flow to emerging economies.


Those economies, like India, will need to put up some barricades, lest the dollar deluge destroys the edifice of the economy.

Of course, the dollar monsoon has not quite begun, yet it's better to keep our umbrellas ready.
Posted by Lekkala at 8:43 PM No comments: Links to this post

We have seen an usual rally in Indian markets,usual in a way where its positively correlated with East Asian Indexes like shanghai and hongkong exchanges..after post lunch it generally align with European markets, But what is special today in today's rally is we were down by -.5% in morning and once Europe opened in Green with .5% upside , we went 1.2% Green all of sudden that mean around more than 100% in nifty in few min...and u know whats happening in Europe right now...its -0.6% down, seems the reason they gave is dollar index going up and Europe in negative...now it seems US is also joining them in RED, out of all world markets Indian markets closed in GREEN with huge upside ..(that's cool right)..but not me..me shorted on market this evening...keeping fingers crossed for now..


And coming to Dollar index..why is this getting all the limelight these days, reason is Dollar went down index 80 and still FED is not going to increase the rates and all the dollar value is going down
First Question why dollar going down? IF dollar goes down whom will it help? why Equities are going up..though i know that right now they are inversely correlated from 2000.., Why are they supposed to be inversely correlated? why is FED happy to keep dollar low? do they want to increase their asset value and clear the bad debts? and come clean again..am afraid this is the reason?


And one more questions came up to my mind..why obama visited China and i guess Singh is also going to US? any relation? Till now i couldn't find any..But will find out sooner
Posted by Lekkala at 7:40 PM No comments: Links to this post

Tasks to be Done :

I am looking for Historical Data related to FII Inflows ,Outflows and also Dollar index which is traded at ICE, if possible if i can get Dollar vs rupee historical Data also, then hope it would present some understanding . Hope that i will collect all these information and present it in coming days

hope i get some information from SEBI Database or RBI Database

Thanks
Pradeep Reddy Lekkala
Posted by Lekkala at 1:33 PM No comments: Links to this post

Email ThisBlogThis!Share to TwitterShare to FacebookShare to Pinterest
Labels: stocks

I Call the below Link as Holy cause it gives one a fair idea where markets is headed.
https://www.theice.com/productguide/ProductDetails.shtml?specId=194

When i say markets i mean whole global markets in which trade is done day to day in specified time hours.One important thing about this is ICE' Inter Continental Exchange" what a name... from past few days am following this link where it gives Dollar index which is traded in ICE which gives DOLLAR value in International Market

This Dollar Index is dictating the terms in Worlds financial Markets.At least this is what i believe for now

If you see the trend for the past 1 yr it gives a fair idea .You can see that it peaked in March-April..Remember at that time at least our INDEX (both SENSEX and NIFTY) are down..From then on if you see Its going down like anything .Reason i don't know as of now...What i think ...FED has printed a lot of money and distributed in market just like that .(very crude of saying..will tell you the exact phrase later on....) as Liquidity is increased dollar value becomes low as long as FED doesnt increase Rate its going be like that .

Now coming into Indian Markets, the run up in market is due to low interest Cash in Dollar
(infact its not low intrest its ZERO intrest dollar borrowed overseas is Coming into Indian Markets (you see emerging markets in news...this is nothing but countries like india and china ,austriala etc...) and thus creating a t Bubble in Equities and raising a bubble ,but till what point can this bubble raise , it can raise as long as that run up is supported by the fundamentals of the economy , it gave a decent IIP number for last month (Though i dont have much knowledge on IIP}.

Now the question is what will happen once Dollar starts climbing?

Am afraid i huge sell off is coming in near months

Intelligent Investor
Posted by Lekkala at 7:13 PM No comments: Links to this post